Naomi Osaka: The birth of a new tennis star -The Guardian Nigeria

Her Japanese grandfather was furious when he found out that her mother was romantically involved with a black man.

As a result of the interracial relationship, her mother did not have contact with her family for over 10 years. In a 2016 interview, Osaka said, “When I go to Japan, people are confused.

From my name, they don’t expect to see a black girl.”Osaka moved at the age of three with her family to the United States where she currently resides in Florida and trains there.

The star has always struggled with her identity for years, once saying, “I never know what to do when someone asks me where I’m from, I just say Florida, because saying Japan starts an unnecessary conversation.”

Currently ranked seventh in the world, she is the first player ever from Japan or Haiti to win a grand slam.

Serving for a championship is one of the hardest things a tennis player can do, especially one that is getting to her grand slam final for the first time ever and against one of the greatest players in the world. 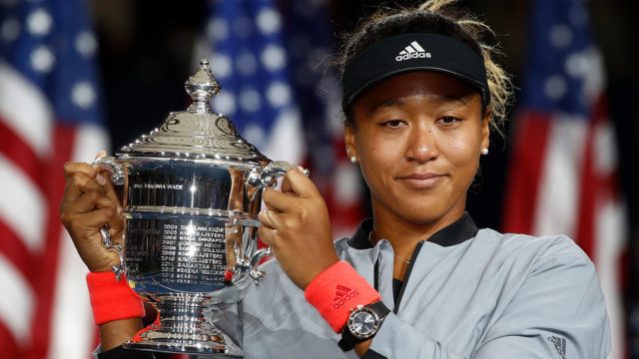 Source: Naomi Osaka: The birth of a new tennis star — The Guardian Nigeria