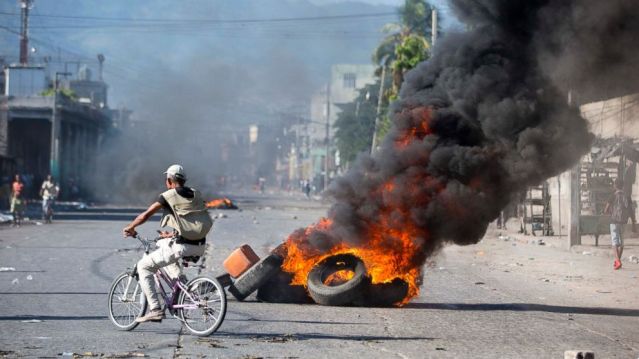 Hundreds of people across Haiti are protesting the alleged misuse of funds from an oil assistance program created by Venezuela.

Protesters blocked roads and burned tires on Wednesday as they demanded more transparency in how the government uses funds from PetroCaribe. The program provides below-market financing for oil for several countries in the region.

An investigation by Haiti’s Senate found that at least 14 former government officials allegedly misused $3.8 billion under the administration of former president Michel Martelly.