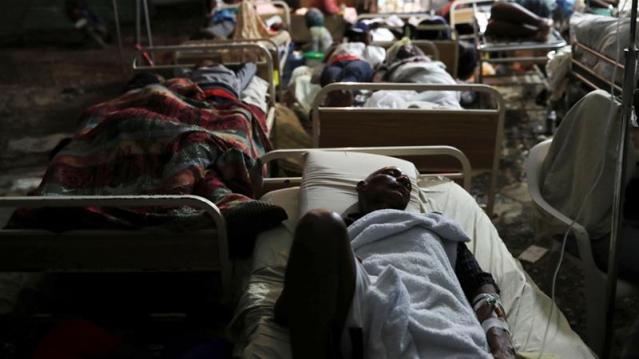 Hospitals in Haiti’s northwestern city of Port-de-Paix are labouring to cope with the fallout from an earthquake and strong aftershocks which killed at least 12 people.

The city, which is about 219km from the capital, Port-au-Prince, was hardest hit by Saturday’s quake, which authorities say injured 188 people.

At the Immaculate Conception Hospital, doctors and nurses lack the supplies they need to treat those wounded by the magnitude 5.9 quake and efforts are further frustrated by electricity outages and damage to the hospital building.

“There was no electricity here, so we couldn’t receive the huge numbers that came last night,” Paul Miclaude, a doctor working in the emergency room, told the AFP news agency.

“It was really difficult for us to send them to another hospital. With time running out, some died here.”