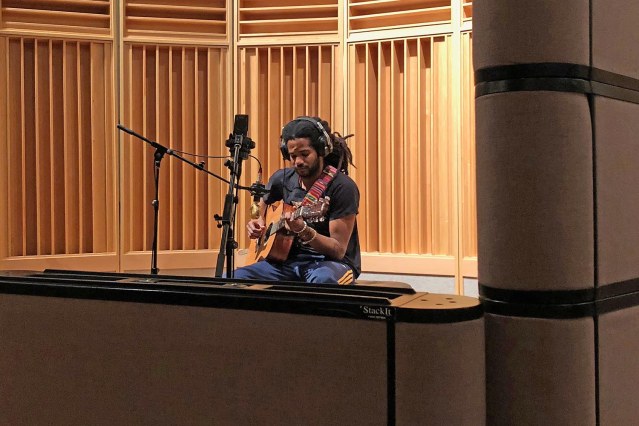 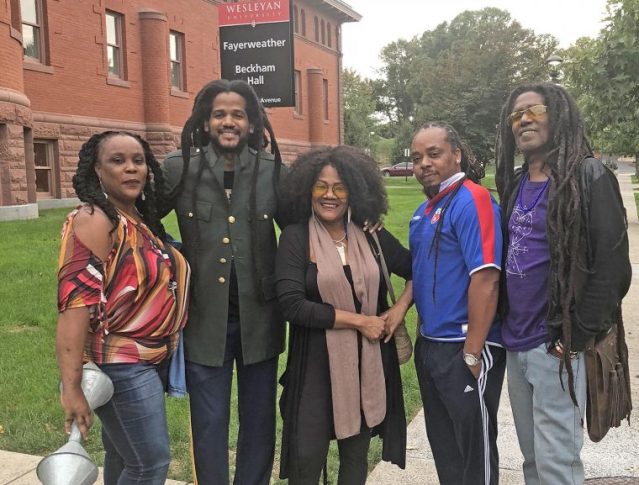 After learning that the group was touring between Brooklyn, N.Y., and Montreal, Canada, faculty from African American Studies and the Music Department invited and coordinated their visit at Wesleyan.

Later that evening, the group performed an acoustic set in Downey Lounge, bringing to Wesleyan their distinctive style that fuses the traditional rhythms of Afro-Haitian religion (known as Vodou) with rock and reggae. Singing in the Haitian Kreyol language, they bring attention to the different ways of knowing and living in the Caribbean. The younger Beaubrun has been bringing the family tradition in new directions, performing as the opening act for Lauren Hill’s latest tour. They are also celebrating the release of Paul Beaubrun’s new album “Ayibobo” on Ropeadope Records. 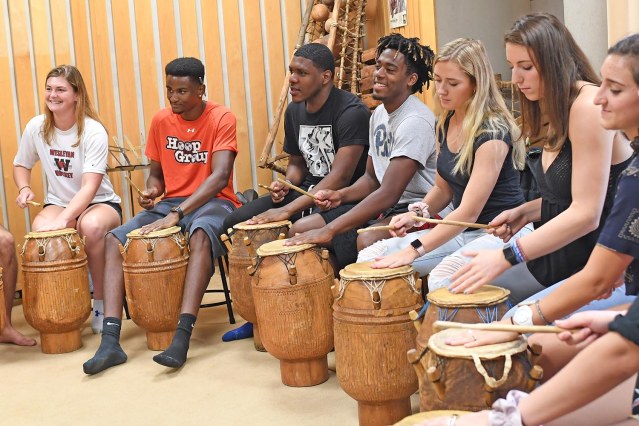 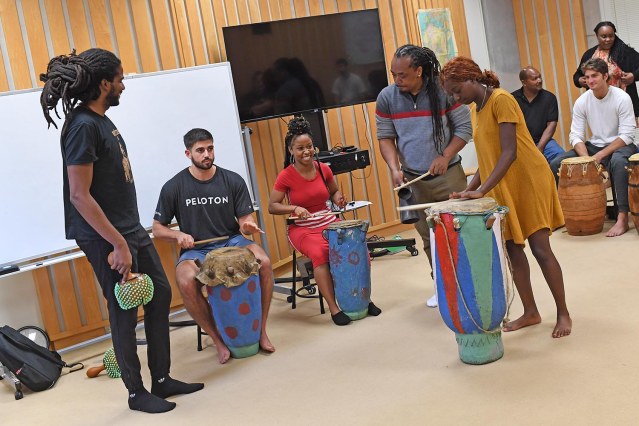