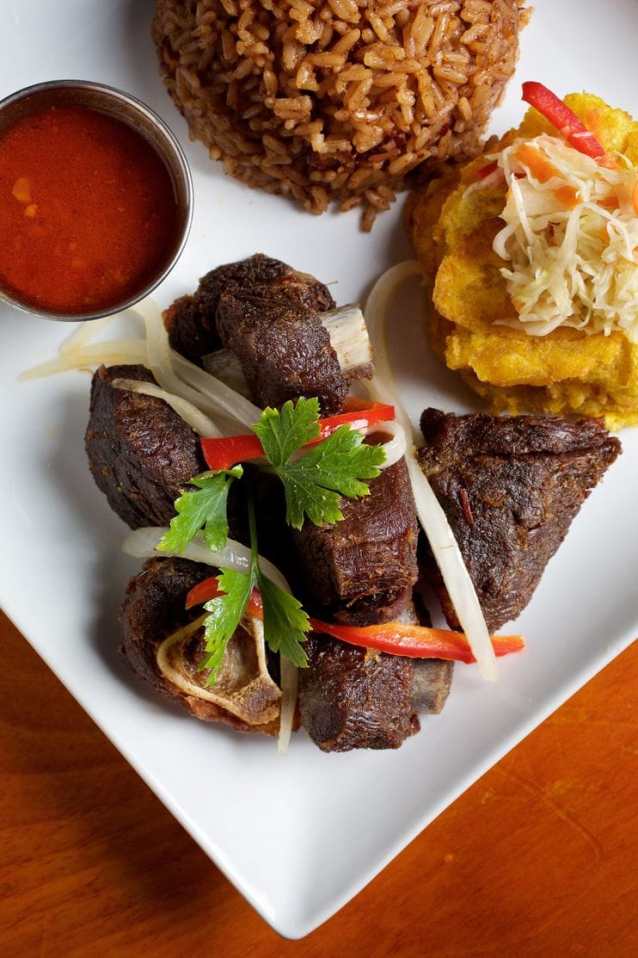 Launched as a pop-up two years ago, Port-au-Prince morphed into a colorful, 60-seat restaurant in February. Spearheading the enterprise are brothers Roberto and Makendy Massillon, the self-taught chef and front-of-the-house presence, respectively.

Roberto, a U.S. Army veteran who also goes by the nickname “Don Berto,” sees his food — influenced by Spain, France, Africa and elsewhere — as welcoming. “No matter where you’re from,” he says, “you’ll find yourself in Haitian cuisine.” Also: “Without garlic, we don’t cook.”[La Vie on the Wharf is so bad I’m only writing about it as a warning]Dinner draws include akra, cigar-length malanga fritters served with a teasing Creole dip; bannann peze, twice-fried yellow plantains pressed into flat discs and accompanied by a tropical version of coleslaw; and deep-fried, pepper-sauced turkey, a dish the chef recalls eating as a youth in Haiti on Heroes’ Day every Jan. 2.The chef says the biggest challenge is the time it takes to cook some of the dishes. Take the goat, which is salted, stripped of any gaminess with boiling herbed water, marinated overnight in dark rum and apple cider vinegar, boiled and finally fried — a process that can take as long as 48 hours. “Don’t go hungry” to a Haitian’s invitation to dinner, he jokes.