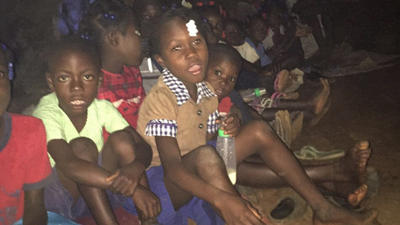 Despite the deplorable conditions, darkness and humidity, the people said they were thankful for the caves because they were the only shelter they had. “It is our house that God created when we most needed it,” one of the hundreds of villagers told the New York Times.

Those families have since moved on and those caves are now empty, Food For The Poor said.This latest crisis comes on the heels of a severe food shortage in the Grand’Anse region of southwest Haiti. The crisis is so severe that Food For The Poor staff have seen starving families turn in desperation to fruits and plants known to be poisonous in an attempt to quell their hunger.

Last week, the charity announced it was sending an additional 100 containers of food a month for the next four months to keep people from starving in the area.

At least 13 people have died over the span of 10 days, including seven in Pestel, four in Cahouane and two in Castaches, the charity said. More than 400,000 people are said to be at risk due to the effects of Hurricane Matthew. Stock animals were killed and crops were destroyed once by the storm, and again later by drought after having been replanted. 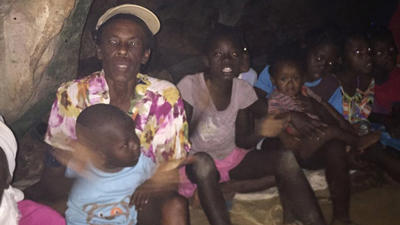 Tagged as: Food for the Poor, Haiti, sun sentinel