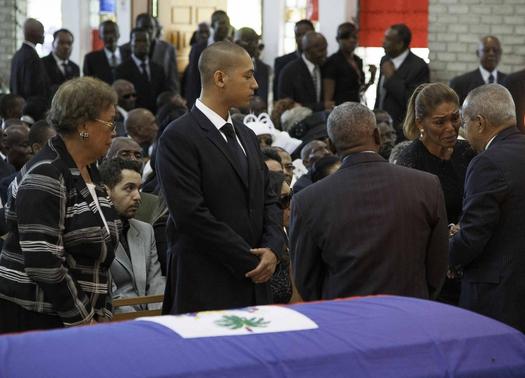 Haiti’s former dictator, Jean-Claude “Baby Doc” Duvalier, was laid to rest on Saturday, marking the end of a political dynasty notorious for its corruption and abuse of human rights.At a private funeral on Saturday, family, friends and political allies filed by a coffin covered in a red and blue Haitian flag to pay their last respects to Duvalier, who died a week ago, aged 63. The self-proclaimed former “President for Life” was overthrown by a popular rebellion in 1986.As a former head of state, Duvalier was potentially entitled to an official state funeral. But the government quietly quashed the idea, considered inappropriate by many Haitians for a man accused of widespread human rights abuses as well as looting the state’s coffers to indulge a jet set lifestyle, both in office and during a golden exile in France. via | Reuters