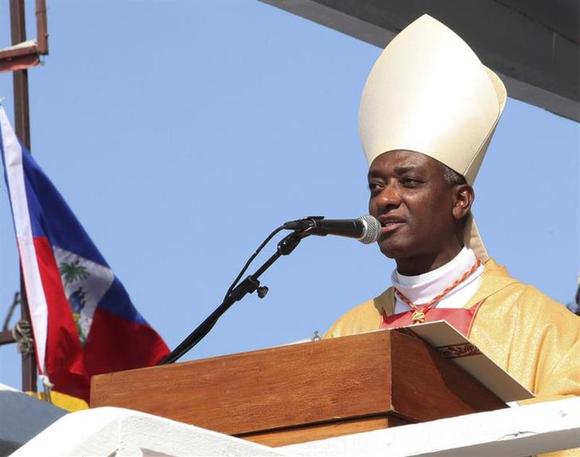 Thousands of proud Haitians packed the national soccer stadium in the capital on Sunday for a special outdoor Mass by the country’s first Roman Catholic Cardinal, appointed last month by Pope Francis.

Cardinal Chibly Langlois called on the country’s faithful in the predominantly Catholic Caribbean nation of 10 million people to come together to raise the country out of poverty.

“To unify the country, to get out of poverty, I ask you to live together,” he told the congregation.

His surprise selection as Cardinal was a sign that God had not abandoned Haiti, the poorest nation in the western hemisphere, he said.

“Pope Francis loves the Haitian people. He shows us that through his prayers and he chose one of us to become one of his cardinals,” he added. via | Reuters