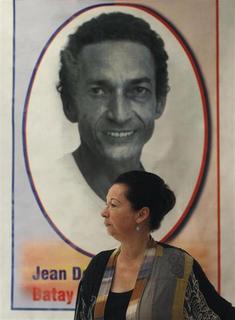 A judge concluded the investigation into one of Haiti\’s most notorious political assassinations on Friday, accusing nine people of having a hand in the killing of radio journalist Jean Dominique, including several close associates of former President Jean-Bertrand Aristide.

A former senator, Mirlande Libérus from Aristide\’s political party, was indicted as the organizer of the double murder in April 2000 of Dominique, owner of Radio Haiti Inter, and a security guard, according to a summary of the judge\’s report made public by an Appeals Court panel on Friday.

The two victims were shot by unidentified gunmen as Dominique drove into the radio station\’s offices in Port-au-Prince, according to the judges. via | Reuters