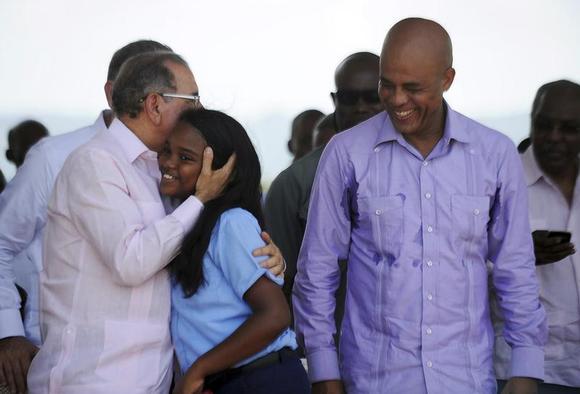 The talks are the first under a newly created binational commission designed to improve often hostile relations between the neighbors. They share the island of Hispaniola, the most populous in the Caribbean, with a combined 20 million inhabitants.

It was unclear if and how the citizenship issue would be raised, as Dominican officials have indicated the September ruling by the country\’s Constitutional Court was off the table.

The delegations, led by Haitian Prime Minister Laurent Lamothe and the Dominican president\’s chief of staff, Gustavo Montalvo, posed briefly for reporters but made no comments before the talks got underway at an industrial park. via | Reuters