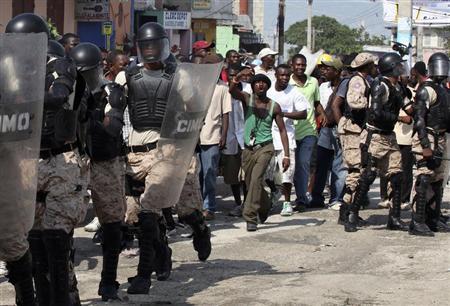 Thousands of Haitians took to the streets on Monday calling for President Michel Martelly to resign, and some protesters scuffled with police as international concern mounts over rising violence in the impoverished Caribbean nation.

The crowd marched up the busy commercial street of Delmas to the wealthy suburb of Petionville where rocks were thrown and police responded with tear gas, but there were no immediate reports of injuries.

It was the largest anti-government protest since Martelly took office in May 2011, surpassing scenes in May this year when deposed former President Jean-Bertrand Aristide made a rare court appearance.

The protest was held on the anniversary of the Battle of Vertieres in 1803, marking the final defeat of French troops in Haiti\’s struggle for independence and the abolition of slavery. via Haitian protesters demand president resign

How to be successful in internet marketing.

Loving Life and Inspiring Others